Due to the COVID-19 pandemic and many people at home, Netflix is the place to be. I mean, stream. With Netflix, they offer many varieties of tv shows and movies every month with award-winning originals and content. Now it’s time to skip ahead to the Best Animated Movies on Netflix for April 2020.

This movie was by far one of my favorite films from a couple of years ago. This anime, also based on a manga will have you crying, laughing and cheering on for many of the characters. I was shocked to see this movie not nominated for an Academy Award. The story focuses on a teenager named Shoya Ishida, a former class bully who reaches out to his classmates from elementary school. One of the characters he reaches out to is a girl he tormented for being deaf.

If you enjoy anime, drama and tearjerkers this movie is for you.

2. April and the Extraordinary world

April and the Extraordinary world is based on the work of comic artist Jacques Tardi. This steampunk animated movie follows an orphan who gets mixed up with a vast conspiracy.

If you enjoy action, adventure, and movies from France, this movie is for you.

The Breadwinner is an animated drama film by Cartoon Saloon. I remember when this film made it’s debut at TIFF a few years ago. This movie tells the story of a courageous young Afghan girl who disguises herself as a boy to help her family.

If you have not heard of this movie or its sequels, it’s not too late to watch. This family-friendly movie tells the story of a villain by the name of Gru who happens to stumble upon three orphans who want to be cared for.

This movie is not for kids! This award-winning animated film tells the story of a young man who falls in love and the romance and mystery that follows.

It’s never to early to celebrate, Christmas! This original animation tells the story of a selfish postman and a reclusive toymaker who form an interesting friendship.

7. Mary and the Witch’s Flower

This movie is no Hocus Pocus, but it will still want you to believe in Magic.  A girl named Mary finds a magical flower that transports her to a new world filled with witches, warlocks and wonders. She must go on a journey to save the people she cares about and the people who believe in her. 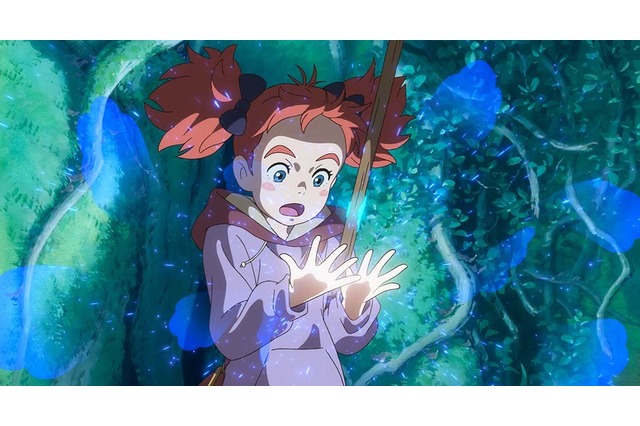 Come on and slam, and welcome to the Jam! If you grew up in the 90’s then this movie is for you! This live-action animated movie starring Michael Jordan ( The Basketball Player) is quite a nostalgia trip. With Bugs Bunny and the looney Tune gang, you will want to reminisce about watching Saturday morning cartoons.

9. Spiderman: Into the Spiderverse

Spiderman! Spiderman! Probably one of my favorite Spiderman movies of all time. Whether you enjoy the comics or it’s your first time seeing a spiderman movie this film will have you wanting to watch more superhero movies.

I have yet to see this movie, but I have heard stellar reviews. Four siblings with horribly selfish parents hatch a plan to get rid of them for good and form a perfectly imperfect family of their own. With an A list voice cast, I’m hoping this movie exceeds expectations.