Cinzia Angelini is a veteran of the animation industry. Originally from Italy, she moved to Los Angeles in 1997. She has worked on 2D and 3D animation at Dreamworks, Disney Animation Studios, Warner Brothers, Sony Imageworks, Illumination, and Cinesite. 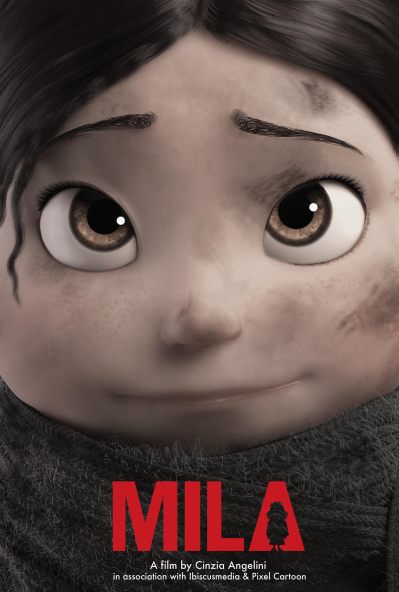 Cinzia is directing a film titled, Mila. A 15 minute  3D short about a little girl caught in the middle of World War II.  Over 350 artists in 35 countries have volunteered to complete this project.

“Mila is the story of a girl and two women during Trento’s bombing in 1943. I wanted to tell a war story not centered on armies, soldiers, generals, battle plans. I wanted to talk about civilians, and especially the children. The girl who inspired me to create this movie was a child during WWII. That girl is my mother.”

Cinzia had the honor of speaking at TEDxVail about “Bridging cultural diversity through the magic of animation.”

She has learned strong themes, inspired by true stories, told throughout the powerful magic of animation, moves people. While most would agree there is a child in each and every one of us, she believes there is a small adult in every child too.