“If you must blink, do it now.” This is one of the first lines of the movie, Kubo and the two strings. I’ve been waiting a few years for this film to come out and it certainly reached my expectations. I honestly can say that this movie is probably one of the better, or even best Laika films I have seen. The storytelling was fantastic and kept the plot interesting and concise. While watching this film I was always at the edge of my seat. The animation or in this case stop motion was impeccable and had me wonder how they were able to capture certain moments from the monkeys hair, origami and fighting techniques. The voice acting was very well done and the plot in itself is something that really grabbed my attention. 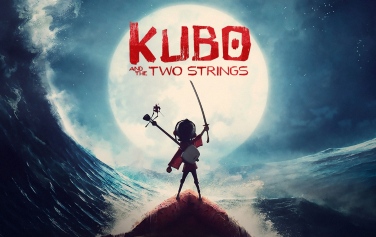 I will not spoil anything but this movie has many messages of culture, acceptance and bravery all entwined into one. This movie can be enjoyed by children and adults and appreciated from both sides from the art style, soundtrack and plot. By the end of the movie I tried to hold back tears from the captivating message of the film and could relate to the individual characters shown throughout the film. Instead of having a movie focus solely on the hero you are shown the perspectives of the other characters and what they’ve experienced. The movie is a tale in itself and certainly tied at my heartstrings. I believe this movie will be nominated for an Academy Award this year. It will certainly earn a few awards at the Annie’s year. I’m hoping it makes the list and even is recognized as best animation this year compared to the other American films I’ve seen this year. I give this movie 5 strings out of 5. If you want more information on the plot please visit my previous blog post.

3 thoughts on “Kubo And The Two Strings Review”