From this past week with all the latest and greatest news coming from the D23 expo, it was announced a new version of Jack and the Beanstalk would be released for 2018. The most recent version of Jack and the Beanstalk tale was the 2013 live-action version by Bryan Singer titled, Jack the Giant Slayer as well as the 2014 musical, Into the Woods. This new reboot will be set in Spain during the Age of Exploration and will be directed by Nathan Greno. Nathan Greno’s previous work includes Tangled and the movie will also be produced by Meet the Robsinsons and Get a Horse!, Dororthy Mckim. The new storyline will have many surprises for fairy tale fans and to those that enjoy a good story. There has been no announcement for cast members yet, but singer and song writers of Frozen, Robert Lopez and Kristen Anderson Lopez will have some type of involvement for the film. 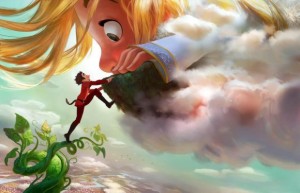