Despite having Toy Story 3 end on a climactic and heartwarming note it was recently announced Toy Story 4 will be released June 2017.  John Lasseter will once again be directing the fourth installment and hopefully last. There has been some criticism about the new sequel only being launched because of the quick money it can generate from a loyal fan base. John Lasseter insists it’s not about the money and has a made a public statement about the ordeal. He’s stated that, ” We only make sequels when we have a story that’s as good or better than the original. We don’t just, because of the success of a film, automatically say we’re going to do a sequel and then figure out what we’re going to do.” 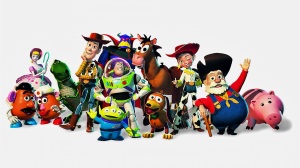 I have faith in Pixar that they will not tarnish the fourth installment for this movie and would like to see a new adventure for the toys we’ve grown to love. John Lasseter has also mentioned that Rashida Jones and Will McCormack are writing the script and there is much to look forward too. With their background in acting and screenwriting i think this movie will generate old fans as well as new ones to this wonderful film series.